Yesterday warmed up to 71 degrees, but a bit cloudy.  We thought about a kayak trip, but we prefer a sunny day if we  have the choice.

We’ve found the traffic to be much better than in Tampa.  The Tampa traffic was really getting to us.  We’ve become used to small town living and it’s frustrating that it takes half an hour to get somewhere that’s 5 miles away!

There are many snowbird rv and mobile home parks in close proximity.  I have seen very little difference between any of the ones I looked at and the prices seem pretty reasonable.
Our “overflow” site.   It’s not pretty, but it’s in the sun! 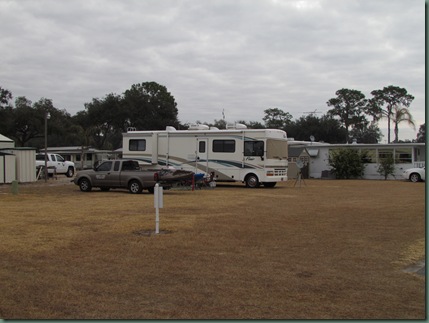 Zephyrhills is also big into skydiving and the home of  Skydive City.  There are some die hard sky dive fans and this appears to be the place to be.  There are tents, rv’s and even a building that looks to be a bunkhouse. 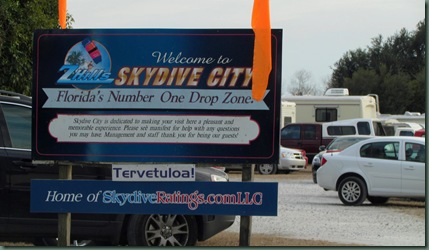 The “campground” doesn’t have many amenities! 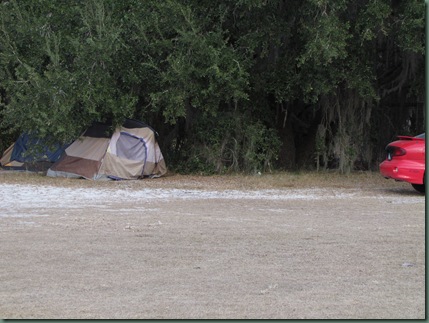 If you have an Rv, there are spaces to park it as well.  Note the wheel chair ramp on this rv?  I wonder if that became necessary after a jump? 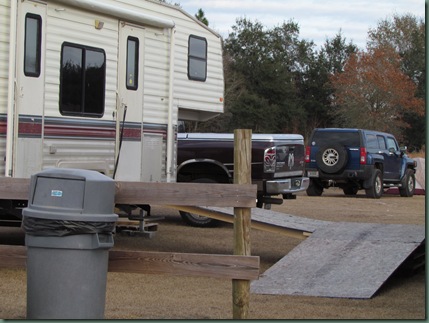 We spent a few hours just watching the skydivers.  One plane would take off after the other, each one loaded with skydivers. 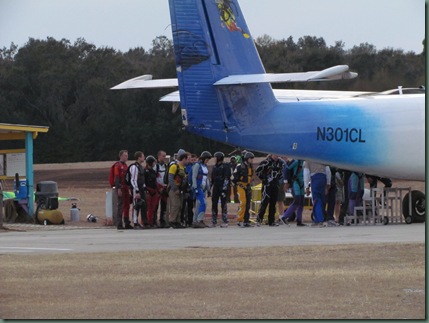 It was amazing watching dozens of divers drop out of the sky.  Before they deployed their chutes, it looked almost like a flock of birds high up in the sky.  Then all of a sudden you’d notice the chutes starting to deploy as they drifted down. 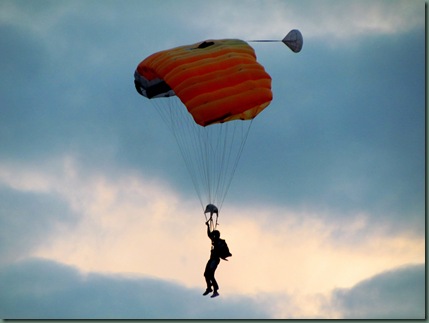 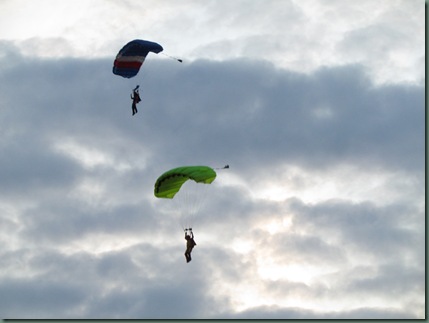 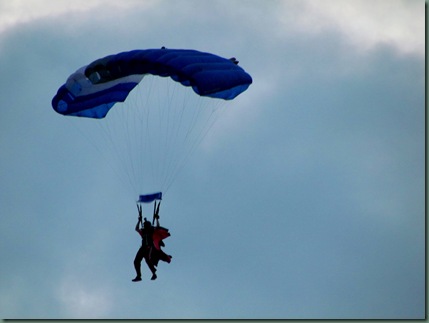 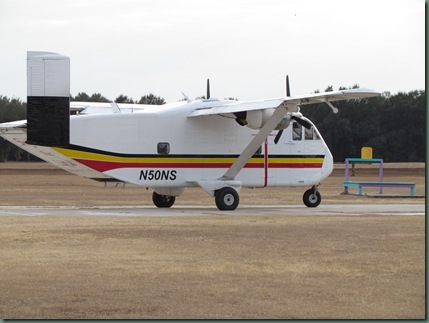 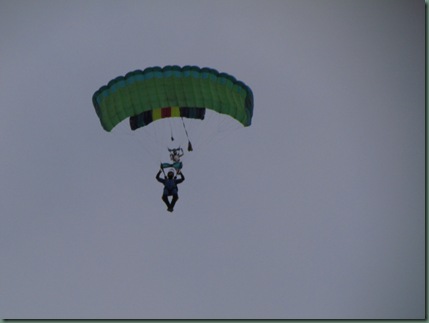 The skydivers get into this plane from the rear.  You can see the inside is not real comfy. 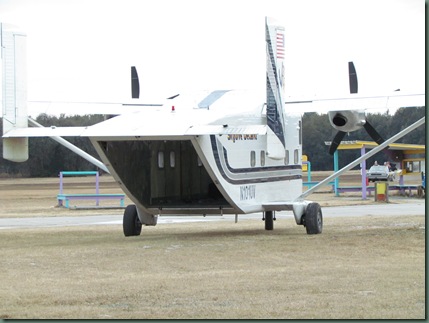 There are also a lot of gliders.  They fly on Wednesday, Saturday and Sunday.  You can bet we’ll be back for that.  We’ve seen gliders fly before and it’s amazing because they are so quiet. 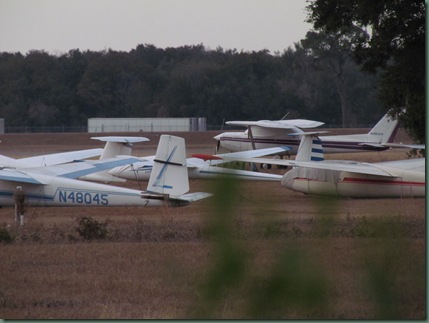 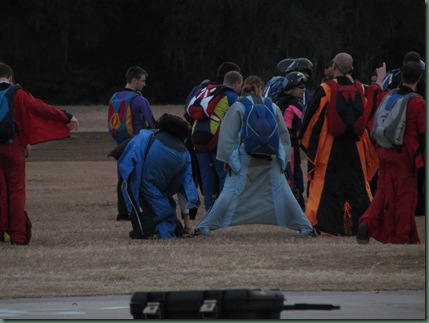 We kind of got caught up in the excitement and half thought about taking a tandem jump.  I think we’d better not…at least not Al, as he has bad shoulders and knees.  Now me on the other hand….

Several years ago, we very nearly bought a Paramotor.  The powered paramotor  straps to your back.  It has a small fan with a motor that turns it. .  You have a parachute and you start the motor, run which causes the parachute to become airborne.  You then start to become airborne.   The motor doesn’t keep you up in the air, it just moves you along while you are airborne.  When you want to come down, you turn off the motor and glide down  from the parachute.

It looks like so much fun, and is reasonably safe because you do have a parachute.  We almost bought two units but we decided we really couldn’t afford it at the time.  That was one time Al was able to talk me out of something I really wanted to do.  He was right.  We couldn’t afford it at that time and now I’m afraid we’re too old  brittle, and feeble :) 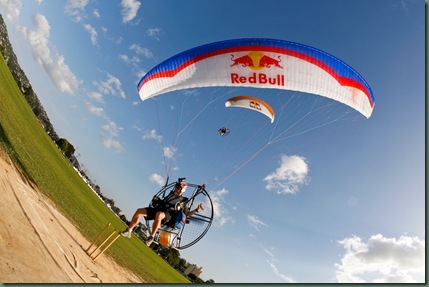 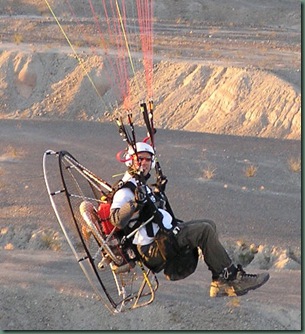 Looks fun doesn’t it?  Watching the skydivers really brought it back to me!
at 5:38 AM