Our plans for the day were to drive south about 17 miles to the next little town of Steinhatchee, (pronounced steen )  It’s another seaside town with a pretty black water river leading out into the gulf. 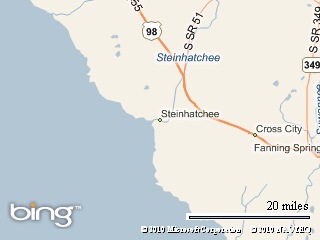 The gulf waters looked so calm and inviting this morning, that we decided to take the opportunity to take a quick kayak trip first.  We have been keeping our kayaks right on the dock in front of the motorhome,  so it’s pretty convenient.

The following are a few of the pictures I took.  The water was so calm that it blended right into the sky and it was difficult to tell where the horizon and water met. 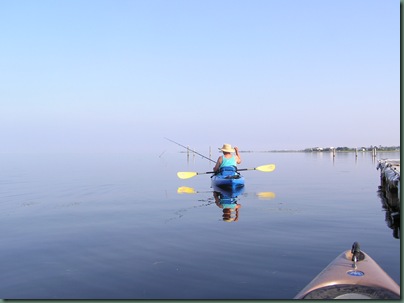 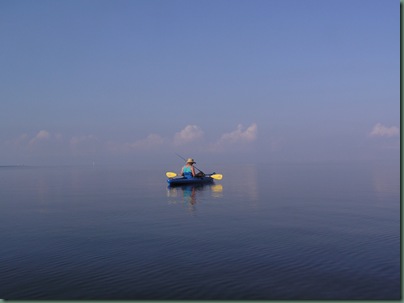 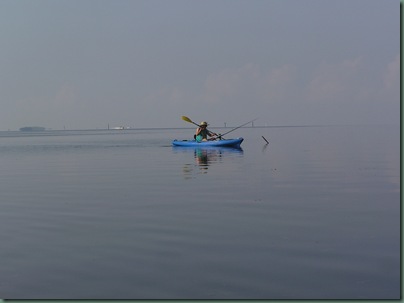 Al was trying to catch some fish, but didn’t have much luck :( 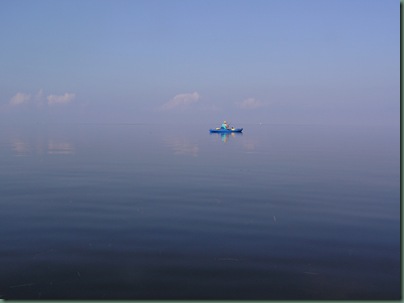 He had seen this little island that he wanted to paddle out to.  It looked to be too far to me, but it was so calm today and an easy paddle, so we headed out.  There were no breezes and it was slack tide, so it was an easy paddle.  The best fishing time is on an incoming high tide, but we were a little late.

With no breeze or waves we could see the bottom and saw some starfish, crabs and Al even saw a big stingray.

This is the island.  It’s not like the kind of islands we were used to in the Tampa area, but it was good to be able to get out and stretch our legs.

You can barely see the island out in the distance. 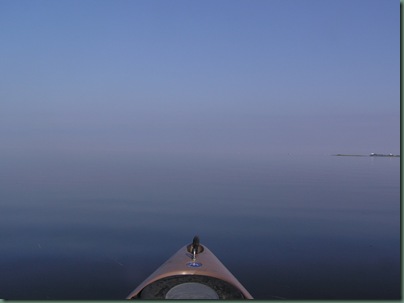 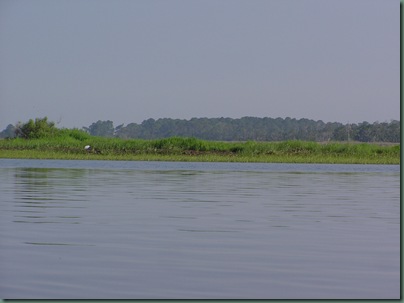 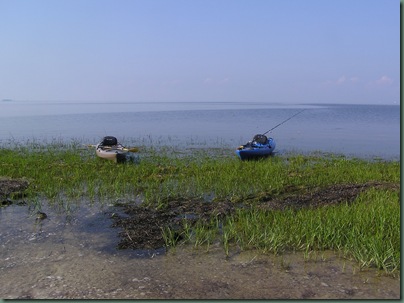 The area here is grassy with the occasional oyster bed, so you don’t see the white sandy beaches we’re used to.  In a few weeks it will be Scallop season and people will flock here to load up on them.  They like these grassy waters.

After we rested on the island we headed back.  It was a pretty good distance.  Do you see the rv? 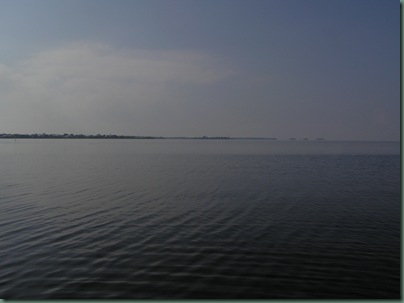 After we came back, we had lunch  and then headed to Steinhatchee.  There are some pretty good rapids on this river and even a waterfall. 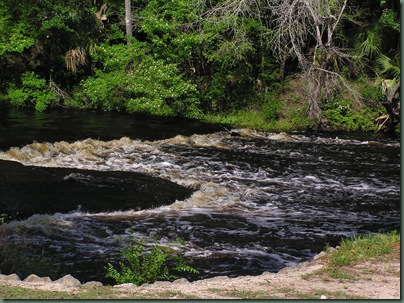 The water level is very high now so the falls aren’t too visible, but the water was really ripping!

We decided to put in below the waterfall and paddle downstream.  We normally head upstream, thinking that we can paddle until we get tired and then have an easy paddle back downstream.  This was not an option here, with the waterfalls and rapids, so off we went downstream.  The water was really flowing strong, so we wanted to be sure we could paddle back upstream.  Al did a little turn-around test paddle and gave it the okay.  Anyway, we paddled just a short distance and saw more white water ahead!  We could hear the rapids, so we knew we weren’t going any further.  No way am I going to go over any rapids that I don’t know anything about.  In fact, since I’m such a chicken, I don’t think they make a “rapid” that I want to paddle!

It was a very pretty black water river, with beautiful scenery.  It’s too bad we didn’t choose a better spot to put in. 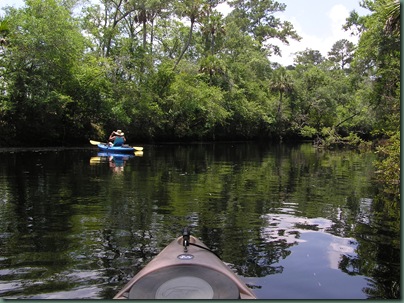 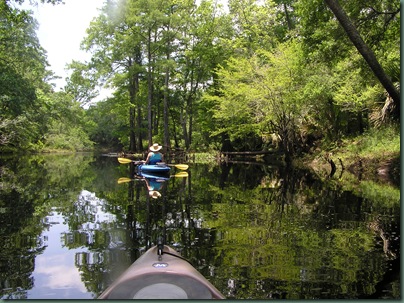 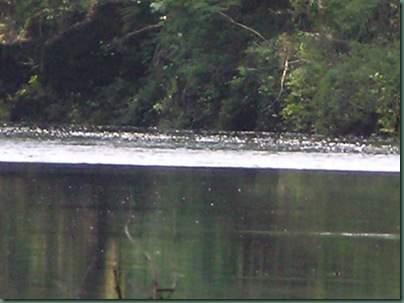 We pulled the boats out and headed back home.

When we got back, we noticed a “crab invasion” had started.  There were thousands of little Fiddler Crabs on the march.  All those little spots are crabs. 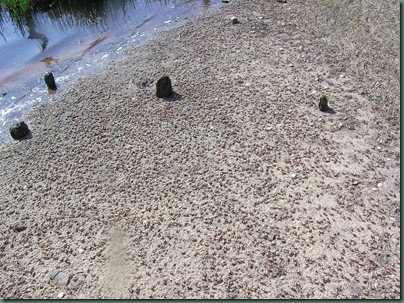 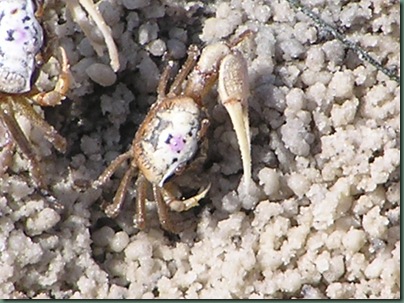 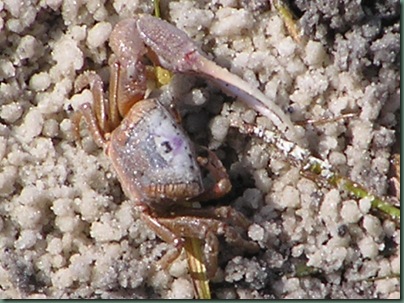 It’s just a little after 6pm and Al is out fishing again.  We’re either having fish or chicken for dinner.

I did marinate some chicken, just in case :)