Finally, A Day of Rest

Al finally decided to give me a day of rest.  He didn’t have any choice, because the winds were whipping, and we couldn’t go kayaking.  It started out breezy, and the winds got stronger during the day.  We got some rain later in the afternoon.  Only a few dumb boaters were out yesterday.  We were having 35-39 mph winds.

We picked up a 2 movies at the Redbox,  and watched them both.  We were both very tired from the past 3-4 days kayaking, so it was a good day to relax.

The park is getting full with the week-end summer residents.  I don’t think there will be many empty spots by mid summer.  I don’t really care, because I don’t plan on coming back this summer anyway.  The wind yesterday reminded me of why I don’t want to be here during hurricane season.

The new park manager is trying to enforce some of the rules, but he really has his work cut out for him.  Supposedly, there is a limit of 6 people per campsite, but that is obviously not one of the rules he is enforcing.   Your first clue, is when they have 4   trucks and 4 golf carts per site!

The Cuban people really enjoy their music and they all have pretty good sound systems.  It really gives you the “island” feeling when you walk around the park.  I like their music.  Some of them were under their canopies dancing and having fun.  If they would just limit the number of people per site, I think it would be much nicer.

There is a very sad story that took place in the  Tampa area.

Four years ago,  Nick Bollea was involved in a car crash. He is the son of Hulk Hogan (actor, wrestler). 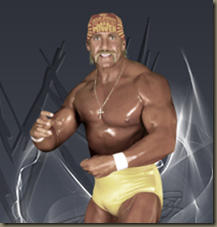 Nick apparently was drag racing when the accident occurred.   His passenger, John Graziano was seriously injured (a former Marine and Iraq war veteran) and was in the hospital for 2 years.  He will  require round the clock care for the rest of his life.  Nick Bollea was hospitalized for a few days but is fine.   He spent a few months in jail.

Somewhere during the past 4 years, the father of John Graziano was charged with attempting to have his wife (John’s mother) murdered.  He is in prison.

They had another son, named Michael.  Michael was the brother of the critically injured John Graziano.  He was recently involved in a car accident as a passenger in a speeding car that rear-ended a dump truck.

Michael was hospitalized, but unfortunately, he died over the week-end.   Michael was 23 years old.  He had movie star good looks and seemed to have a bright future.  How could he be so stupid to get in a car with someone like that when he knew what happened to his brother.   How could he have put his poor mother through that again?

It seems that some people get more than their share of bad luck.  She has lost two sons because they were passengers in speeding cars.  Poor woman.

We haven’t decided what to do.  It’s supposed to be real windy the next few days, so kayaking is out.  Maybe a trip to Key West?

I got a few requests to check out Bahia Honda State Park to see if they have any “walk-in” camp sites.  There are 4 state parks here in the Florida Keys with campgrounds, but they are extremely difficult to get a reservation.  What we’ve found out at some state parks is that they use the walk in sites for their volunteers.   We’ll probably do that today.