We took a drive up to Marathon Key and did some shopping.  Al needed some pvc to make a storage shelf in the motor home basement.  We also picked up a little Dirt Devil cordless vacuum.  We found these at Home Depot.  This was the first time I ever saw lobster traps at a Home Depot….but here they are!

Only in the Keys! 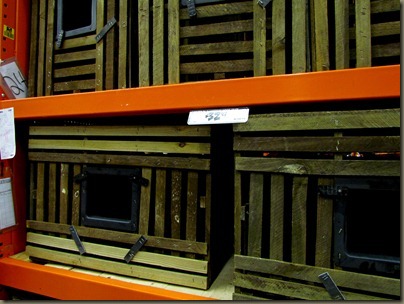 Lobster season is a big deal in the Keys.  It starts the first of August and ends March 31st.  August first brings a flood of lobster divers to the keys…and lots of revenue.

Florida lobster can be found here in the in the Keys,the Gulf of Mexico,  and the Caribbean.  They look different from Maine Lobsters.  You don’t eat the claws, you eat the tail.  The meat is white and delicious. 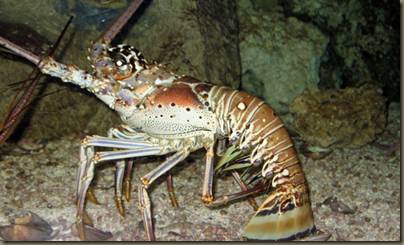 After Home Depot did a little exploring and found a pretty beach front park.  No swimming allowed, for some reason. 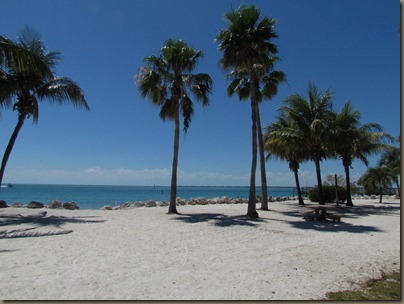 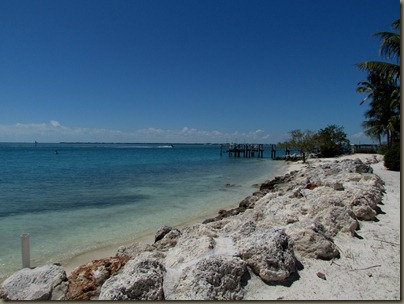 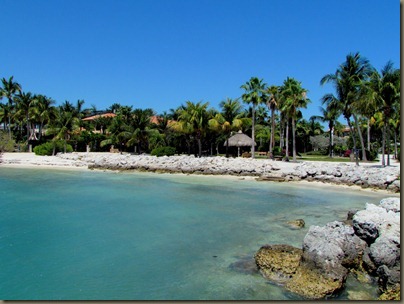 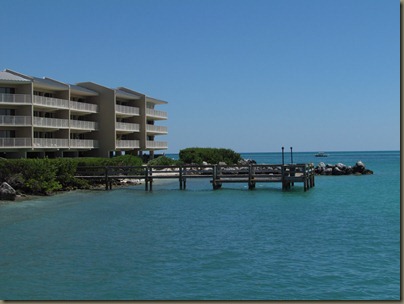 This next  house was a few miles offshore, sitting on it’s own little island.  I had to zoom way in, so the picture isn’t good, but you can see what a little fort it is. 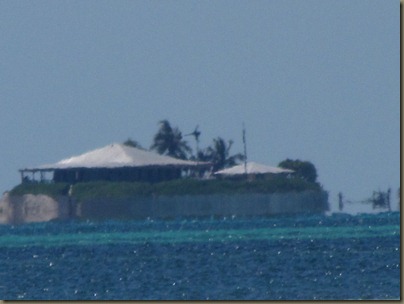 Here is an interesting pontoon boat we saw going by on a trailer.  It looks like there is an underwater viewing area.  Kind of neat, huh? 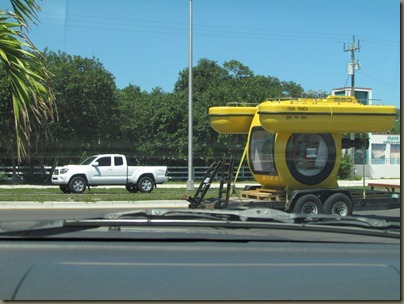 How about this little car.  Is it a car of a fancy golf cart?  Notice the air conditioner on the top? 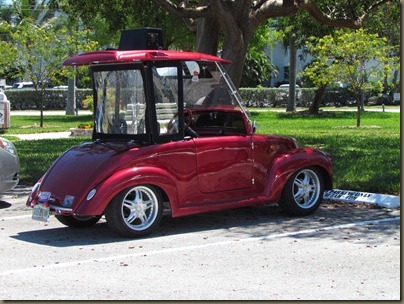 After lunch, and a short nap

, we decided to take our chairs and books down to the beach area under  and do a little reading.  The tide was out and Al saw people coming back with ditty bags full of Stone Crab Claws.  He took a walk, looking for  some, but never found any….yet.

I found an interesting critter trying to wash up on the beach. 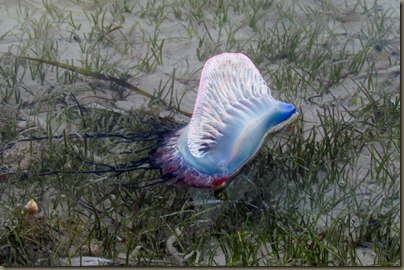 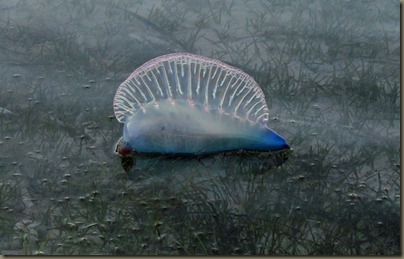 It’s called a Portuguese Man O War.  You can’t see it in the picture, but they have a bunch of stinging tentacles that hang down in the water  as they float by.  You do not want to get stung!  This was such a beautiful critter.  The blues and pink colors, were kind of fluorescent.   I found a stick and helped him back into the water.  Even stinging sea critters deserve to live.

We took our normal evening stroll and watched the sun go down. 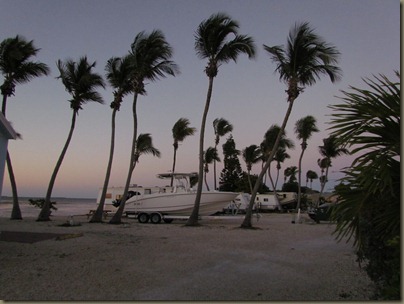 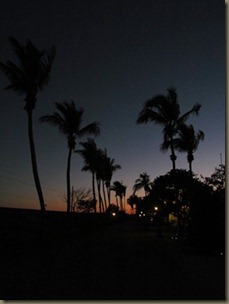 another day in paradise