The plan yesterday was to get our new tags for our  Nissan Truck and Honda CRv.     Initially we didn’t know which vehicle to keep and which to sell, but we finally decided on the truck since we can carry so much stuff in the back.  Both of these vehicles can be towed 4 wheels down with no modification, and we had to make a choice of which vehicle would be our tow car.  I really wanted to keep the Honda, but the truck won out due to the amount of cargo we can carry.

When we sold the house and left Georgia, the plan was to sell the Honda right away.  For some reason, we’ve bee procrastinating on selling it.   When Al is doing his pest control accounts, it’s nice for me to have a car.  It’s also nice to have a vehicle that holds 4 people.  We have been leaving it at Mom’s when we leave Tampa.  The plan right now is to keep it for the winter and then make a decision.  I don’t know why it’s so hard to just get rid of this car, but for some reason,  we don’t want to.    I keep thinking, what if something happens to the Nissan.  What will we do?  It’s hard being a one car family!  I remember when Margie and Roger were selling their second car and they had some reservations about it.  I didn’t understand it then….now I do!

So, now the Georgia tags are getting read to expire and we had to get our Florida tags.  Actually, we were supposed to do that a few months ago, but we decided to wait until they expired.  Since we were previous Florida residents, we didn’t have to pay the one time, $225 new residents fee for each vehicle.  There was a transfer fee, plus the tag, and registration fee, so both vehicles will cost us a total of  $374.  Whew….that was much higher than we expected.  It will only be $74 next year though.  If we had realized how high it was, we might have gotten around to selling the Honda!

Unfortunately, when we went to the tag office, we didn’t have all the required paperwork needed to complete the transaction, and have to go back.  I knew getting new Florida drivers licenses would be a bit of trouble, and I understand that, but I don’t know why they need so much stuff to register a car.  We’ll be making another trip to the tag office!

One of Al’s customers gave him a bag of Key Limes and a recipe for Key Lime Pie. The limes are just little yellow balls and didn’t look anything like the limes I normally buy, but boy were they juicy and good.   I made the pie last night.  It was real easy…eggs, sweetened condensed milk, and a graham cracker crust!  If I would have known it was that easy, I would have been making them all along.

Our new Progressive Industries Surge Protector was waiting for us when we arrived back in Tampa.  They sent us the shipping label so that we can send the old one back in the same box, at no charge to us.  They are a really good company to deal with, and we really appreciated their good customer service.  I don’t know what happened to the old one…possibly it got a surge that protected the motorhome and damaged it?   We have a thunderstorm heading our way, so we  put the new one on this morning….just in case of any electrical surges from the storm.

I’m still waiting on the tire monitors from the TST to arrive.  I sent the two defective ones off last week.  They weren’t like Progressive…they wanted the old ones first.  I’m hoping for two new ones.  I guess we’ll see.

We’ve been tweaking our winter plans.  The original plan was 2 weeks in Fort Myers after Thanksgiving, then one week back here at Sweetwater before we moved to the state  park for 9 days at Christmas.   We’ve been thinking of canceling the state park and staying here for Christmas and possibly heading to the Florida Keys right after Christmas.  For the price of 9 days at the state park, we could almost pay for the fuel to get to the Keys.  Check out the location.  We’d be driving over the “overseas highway.”  It’s a beautiful drive! 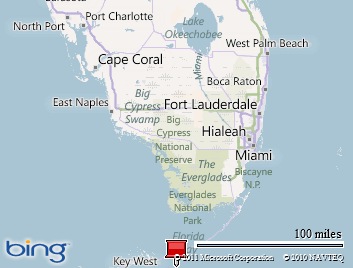 It’s another one of our Thousand Trails Max Pass parks that we can stay at for $42 for two weeks.  We had almost booked it a few weeks ago, but changed our mind.  Space was available back then, I don’t know about now. We are going to have to make a decision very soon.  We need to be back in Tampa for the Tampa Rv show.  We got a lot of good deals and free camping there last year, so we want to make sure not to  miss it this year!  It starts on January 10th.

The cold front that came through the south and brought some tornados is on it’s way here.  We’re not expecting any severe weather and it hasn’t rained here yet, butAl said it’s raining real hard where he is at.  Unfortunately this “cold” front is only bringing us one cooler day in the 70’s tomorrow and then back up to the mid 80’s.  I’m ready for some more cool weather!  I’m tired of running the a/c.