It looks like our sunny blue skies are back today, so I guess it’ll be warmer today.  It’s been kind of nice having cooler cloudy weather.

Yesterday was a busy day. In the morning we decided to head over to Raven Cliff Falls.  There is a nice 2 1/2 mile waterfall trail.  We hiked it last fall but yesterday we were on a mission for gold and rocks, so we didn’t to any hiking.  If you want to read about the trail, click here for the blog last fall.  The fall colors were beautiful then.

Our goal yesterday was to find a few rocks and maybe some gold nuggets.  :)

Before we left home, it rained for a few minutes, then the sun came out and we thought the rain was over.

We were wrong.  As we drove up the mountain, it got foggy and cloudy and then it started raining again. 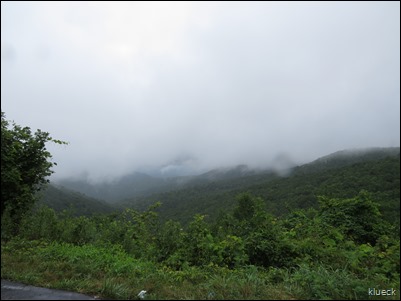 It was a light rain and fortunately, by the time we got parked, the rain stopped but it was just a little misty, which made it very cool and nice along the river. 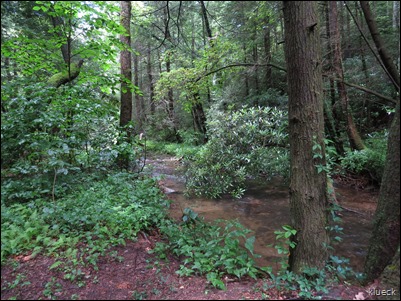 The river was full of beautiful rocks.  How about this beauty? 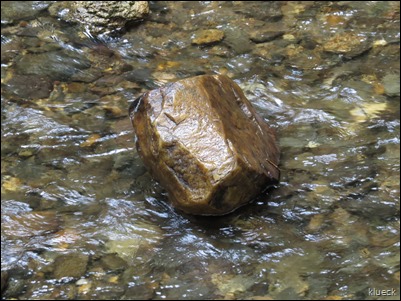 This is a large wilderness area with a lot of hikers and it appears maybe some tent campers.  There were several fire rings made from river rocks.  We were wondering if there was a trail from here to the Appalachian Trail.

Unfortunately someone left a lot of trash in this fire pit.  The next time we go, we’re going to bring along a trash bag and clean up a little.  Thankfully, most people were respectful of the environment. 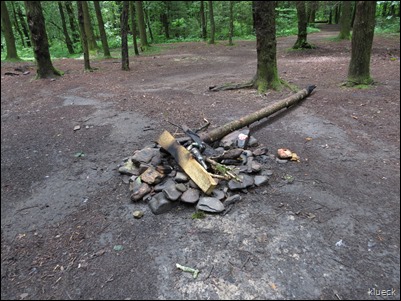 This gorgeous tree had fallen.  I guess someone wanted some kindling because it was notched out, exposing the beautiful red wood inside the tree. 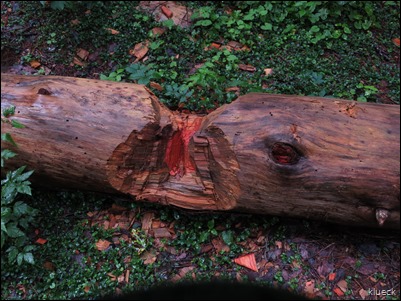 Al is really getting into searching for rocks.  We both really enjoy wading in rivers looking at all the rocks. I guess it’s a Lueck thing. 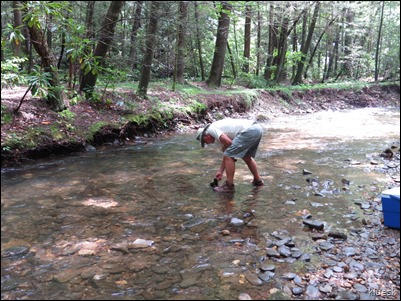 This little dam and waterfall looks man made to me, but it was still pretty. 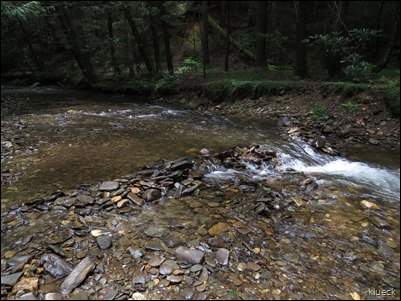 Check out this beautiful rock.  I believe this is the kind of rock that they found in the gold mines.   If we crushed it, could there be a big nugget of gold inside? 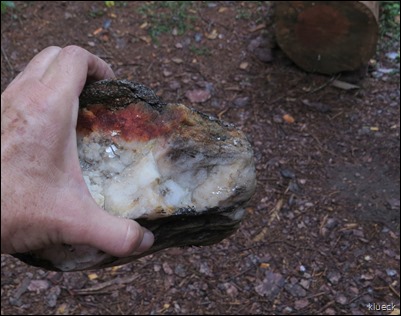 Although the photo doesn’t quite capture the colors correctly, I believe these rocks might have contained copper because that is exactly the color they were.  I know there are copper mines nearby, so maybe they are copper. 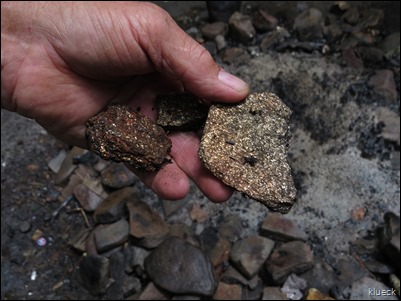 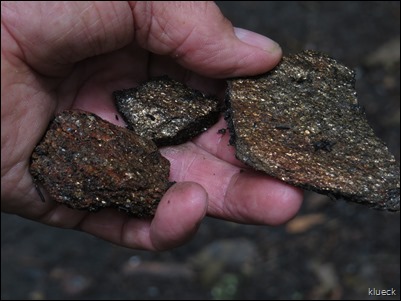 Nearby Dahlonega, Georgia was the home of the nations first gold rush.  Once the first nugget of gold was found, word quickly spread causing the gold rush. Men came from all over the country to find their fortunes.  Many died before they even got here.  Many found gold and many found nothing.   Once word came of gold in California,  they all rushed off to seek their fortunes out west.  They say there is still some gold to be found in this area, but I think it’s mostly small flakes.  Did we find any?

We found a lot of shiny flecks and small gold colored rocks.  Unfortunately, we don’t think we found any gold, but that’s not to say there is none there.  You can do some gold panning with a chance of finding some small flakes.  We bought a gold pan last year, so one day soon, we’ll go back and see how we do with the proper equipment.  Yesterday, we were looking for nuggets, not flakes.  Ha ha.

Last fall we spent the day in Dahlonega, Georgia, and toured the mine and gold museum. It was a very interesting day.  Check it out here if you missed it.  We actually did a little gold panning there and we found real gold.

After a few hours playing in the river, we took a different route home and went over Blood Mountain.  It’s a pretty drive.  We stopped at an  Trail Outfitter, which is right on the Appalachian trail. 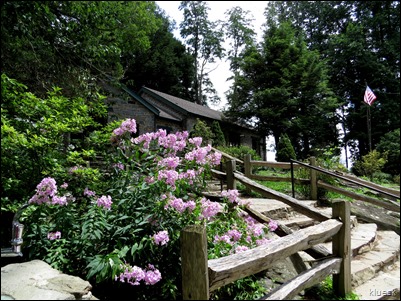 It was a pretty drive. 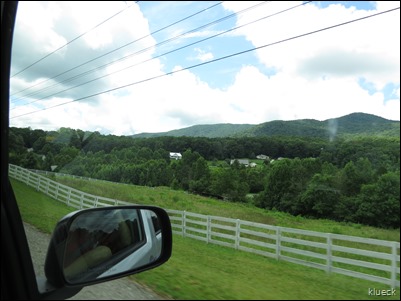 By the time we got home, it was time to get ready to meet Ralph and Terry for dinner. Ralph had spent the afternoon at the local driving range, and and Terry had a day of knitting at home.

After dinner, we all took a walk around the park, walking their dogs and visiting with some neighbors. Terry and Ralph called it a night and we decided to take a golf cart ride and see if we could find any bear.  No one has seen any bear this year, but we keep trying.  We think once the corn crop is ready, they’ll be back.  :)

We did see quite a few deer.  This one was checking out the soybean crop. 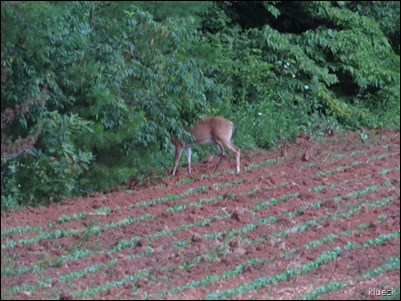 We drove up the hill to Rivers Edge II, which is our sister park.  There is such a pretty view looking down into the valley. 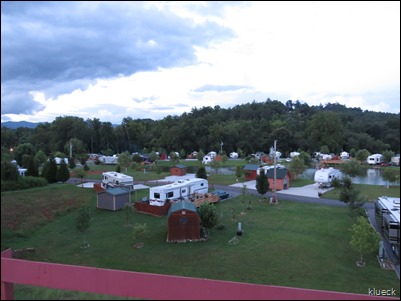 Last summer most of these lots were for sale. This year most are sold. 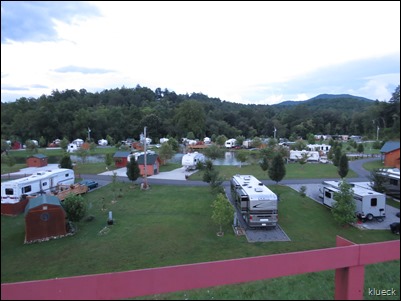 Rivers Edge II was built by the same person, so once the trees grow, it will look very much like ours. 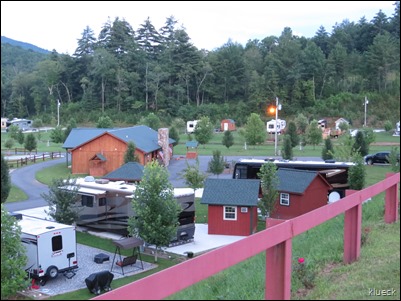 During our ride, we met quite a few neighbors, including the lady who paints rocks to look like animals.   Now, we need to find just the right rock to have her paint.

We ended up driving the golf cart home in the dark.  It’s a good thing for headlights.

We’re going hiking today, but haven’t decided exactly where.  It’s between waterfalls and the Appalachian trail.