It’s been so long since I posted a blog, I had to go back and read up to see where I left off.

We managed to be able to stay up in Georgia until the first week in December.  We’ve  never stayed there that late in the year, but the weather was unusually warm so we stayed until the cold weather pushed us out.

As I mentioned in an earlier blog, we bought a Fifth Wheel that we are keeping on our lot. We thought it would be easier to come and go, but now I’m not so sure.  We had to remove any products that would be damaged by the cold.  No food products to attract mice or bugs, and we had to winterize!   We need to work on our exit strategy the next time, because it was a lot of work. Hopefully with more practice, we’ll speed up the process.

As I previously posted, I found a lady (Stacy) to live in the house with my Mom, and assist in her care in exchange for room and board.  My brother also lives there, so it’s working out well, and we couldn’t be more pleased.  It has taken a big load off Al and I.

Mom has been having some major issues again.  She gets these urinary tract infections which in elderly people can make them crazy.  She hallucinates, is argumentative, mean, and extremely uncooperative. Getting her to eat and drink is next to impossible. She had been on antibiotics but nothing seemed to help and finally ended up back in the hospital after she got so bad that she kept telling everyone she was dead.

She is resistant to antibiotics due to overuse most of her life, so finding an antibiotic that works is difficult. After many tests, was sent home with a diagnosis of another UTI and a prescription for five days of antibiotics for a total cost of $5000.      Thank goodness her insurance paid for it.  She improved some but we think the five days didn’t do the trick and we’re waiting the results of another urine culture.

So, despite the fact that we have Stacy, my brother Steve and also home health care 7 hours a day, I don’t feel comfortable leaving town while she is like she is.  Hopefully we can get her back on track soon.

Our plan is to head down to the Keys on March first. Our Rv lot there  has been rented since December and will be waiting for us when/if we are able to get there.   Hopefully we’ll get things figured out with Mom and be able to get back to our happy place in the Keys. 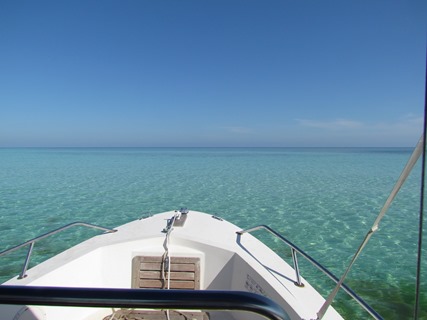 Since we got last minute reservations, the best we could get was two nights in a row, but it was nice to get away and it gave us a chance to run the motorhome, which had been sitting for over a year.

We didn’t do any kayaking, but enjoyed a little time enjoying the beautiful Rainbow River. 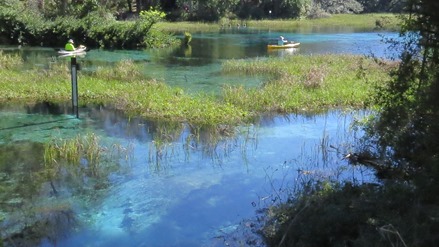 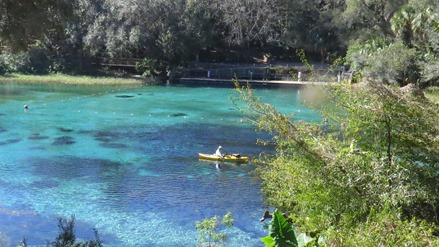 We were shocked to see some construction of a natural gas pipeline near Rainbow Springs. 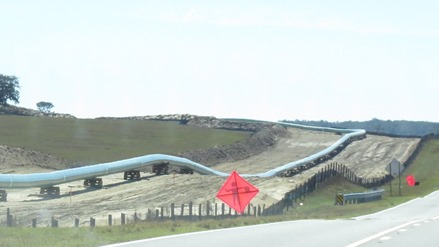 We do not intend to keep the motor home after Mom is no longer with us, but the tires were aged out and we didn’t feel like risking a blowout, so we bit the bullet and got new Toyo tires.  We had done some research and decided we were comfortable with them and they were much cheaper than the Bridge Stone’s we previously had. The six tires cost $3000 out the door.   Two days before our appointment to replace them, I put an ad on Craig’s List to sell the old ones.

I had heard truckers buy used RV tires and we figured anything we could get would be better than nothing.

I stipulated they would need to pick them up at Lazy Days on the day we replaced them.  There was no way we could haul those big things home in our truck. I didn’t have much hope, but figured it was worth a try.  Long story short, we sold them for $450!    Sometimes things just work out!

Before the tires, Al decided to replace all six batteries which were 6 years old.    The motorhome had been sitting unused too long, and when we got back from Blairsville, the engine wouldn’t start.  We pushed the battery boost button and immediately heard a loud boom.  We hoped our cat Baxter knocked something over, but it turned out to be a battery that had blown up! 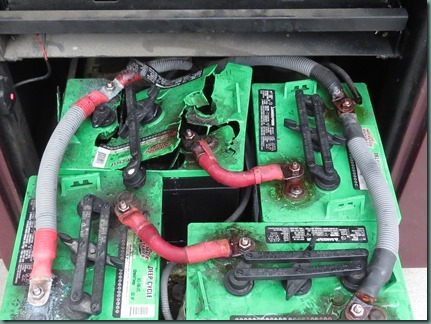 Al marked each end of the cable to the corresponding battery post and successfully got them all re-connected properly. 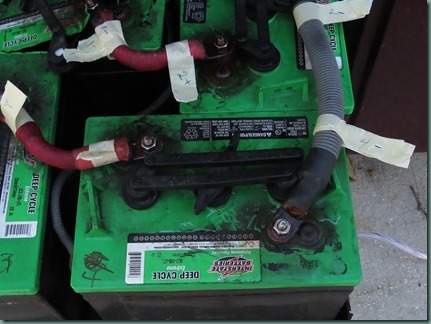 We did some other fun stuff in Blairsville before we left and I have some pictures.  Maybe one day I’ll go back and post some of them.

Wish us luck getting to the Keys.